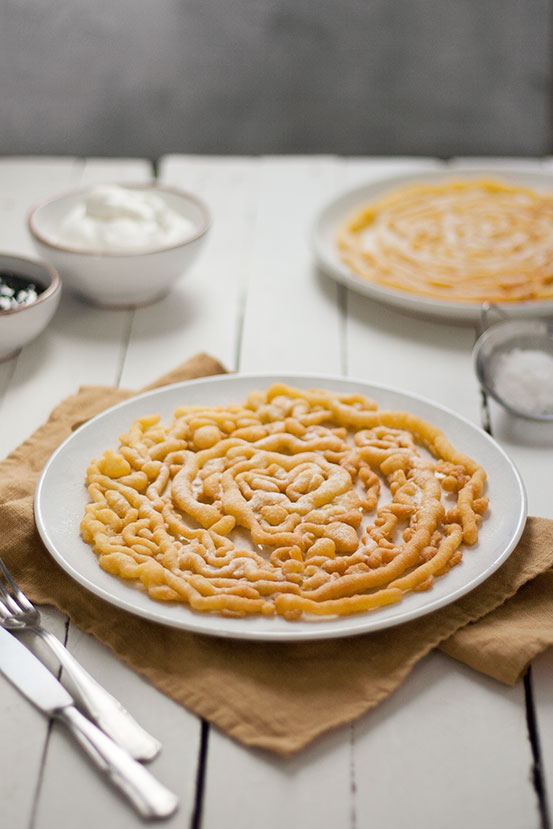 My grandparents used to take me to the Dolomites, in the Puster Valley. More precisely in Toblach (Dobbiaco in Italian), a small town near the Austrian border. Toblach is a very special place for me.

At the time Italians were not seen very well in that area. And who can blame the Tyrolese that after World War I were pulled away from their Germanic origins and annexed to Italy. A country which had very little in common with their culture, language and traditions. But things greatly improved over the years.

In the outskirts of Toblach is found a small Alpine refuge and restaurant called Rifugio Genziana (Enzianhütte in German).
This restaurant has always been famous for their Strauben, a delicious dessert typical of the Carnival period, but they can be easily found in South Tyrol throughout the year.

Strauben consist of a thin batter which is fried in a spiral shape, then sprinkled with confectioner sugar and accompanied by a jam.

My grandma had a big sweet tooth and she used to take me to the Rifugio Genziana in the afternoon. We ate Strauben with jam and whipped cream.

Last time I was in Toblach (last year) I asked some locals for help with the Strauben recipe. My problem in the past was that when I was frying them the were puffy but deflated once removed from the pan. They looked like a frisbee.

I think every family there has its own recipe and they are (rightly so) jealous of it. But a kind lady who worked in a Bakery in Toblach came to help.
She did not give me a recipe, as many are available online and in books.

However this kind lady gave me 3 tips:

Thank you kind lady of the Walder Bakery in Toblach. As I was saying things got much better for us Italians in the Puster Valley. I wish my grandparents could see this. 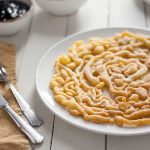 The red beer can be substituted with sparkling water.
The typical Strauben funnel has a long handle that prevents the handler to get too close to the boiling oil. Pay extra attention if using a normal funnel.
Did you try this recipe?Mention @tortaoragione and tag #tortaoragione!

🇬🇧 English in the first comment “If it ain

Babà in the Jar