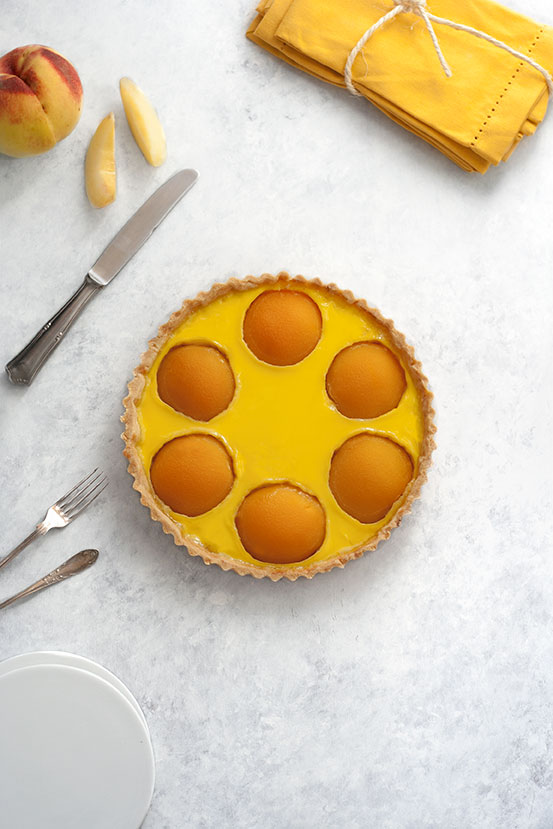 Medici’s Tart, a sablee shell, peaches in syrup and custard cream.
I saw something similar in a recipe of the greatest pastry chef Iginio Massari in which he was using apricots. The apricots immediately reminded me of the coat of arms of the famous Florentine Family.
Massari’s tart apart from being elegant and modern, has the apricots close to each other and one in the center. But the idea to recreate the Medici’s haraldic logo was too much fun.
I did not find the apricots so I used peaches instead.

Of course my version is more rough. The sablee shell is partially blind baked. Then filled with a layer of peach jam, peaches in syrup and finally custard cream. The cream thickens when baked in the oven.

If you stroll around Florence you will see this haraldic symbol recurring again and again: a shield with 6 balls, 5 red and a bigger blue one.

The hypothesis behind the Medici coat of arms

Some say that the balls are the dents inflicted by a giant in the shield of Averardo, an ancestor of the Medici Family.
Another theory is that the balls were in fact oranges and symbolized the Medici’s trades with the East. The Medici were also great collectors and they had something like 200 types of citrus plants.
Yet another theory says the balls were pills.
Another version, unexciting but maybe closer to the truth, is that the Medici copied the coat of arms of the corporate association they were part of: the Bankers. 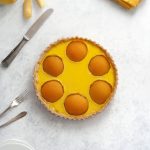 For the sablee pastry:

For the custard cream:

For the sablee pastry:

For the custard cream:

Of course you can use apricots in syrup instead of peaches and match the same jam.
Baking times vary also in respect to the height of the custard cream.
Did you try this recipe?Mention @tortaoragione and tag #tortaoragione! 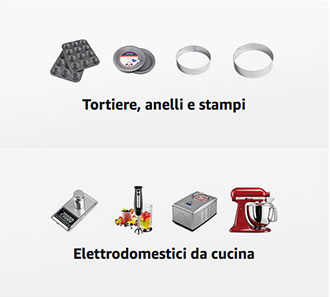